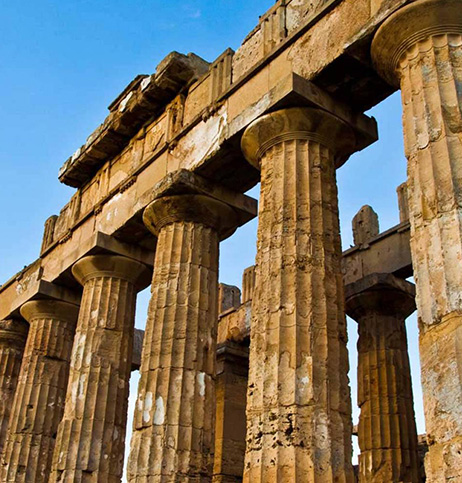 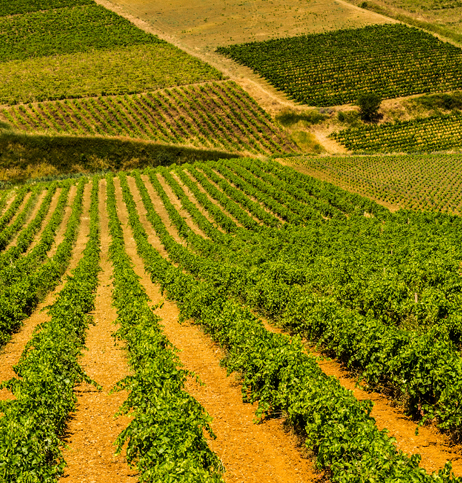 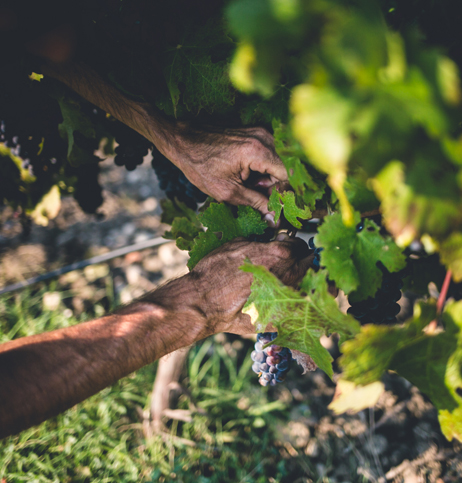 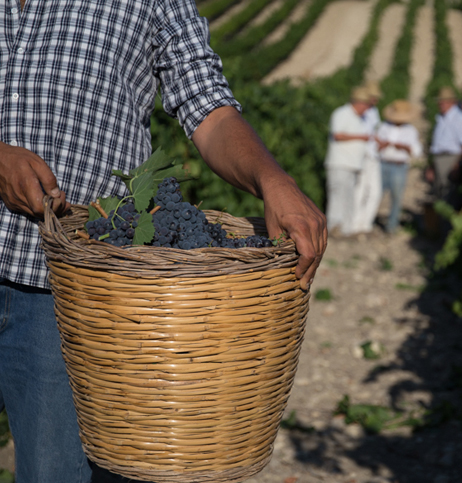 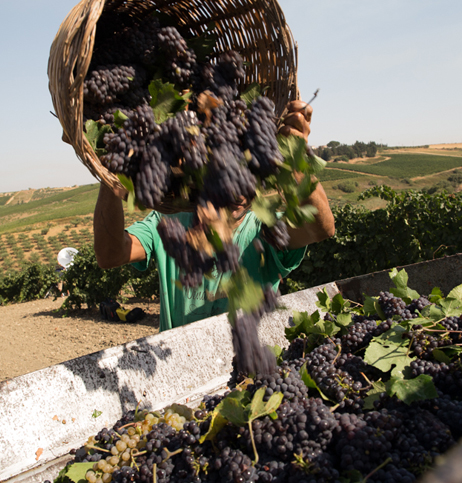 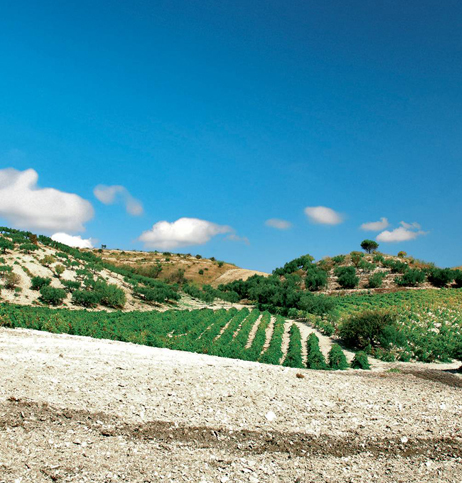 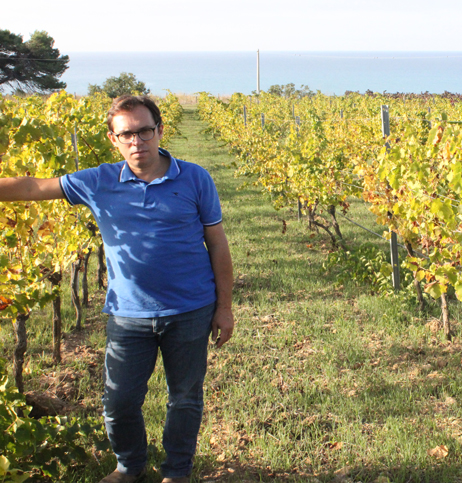 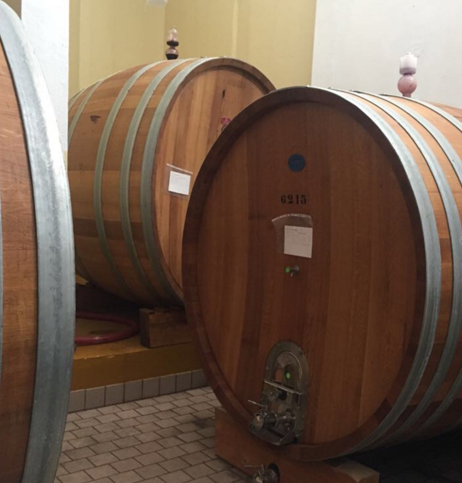 The Mandrarossa wines come from a selection of the best sites from Cantine Settesoli’s 6,000 hectares of vineyard, situated in southwestern Sicily and planted with 32 different grape varieties. The vineyards are split between the 2,000 members of the co-op, and cover the area around Selinunte, the hauntingly beautiful ruins of a Greek town founded 2,600 years ago. Cantine Settesoli helps support the restoration of this archaeological site.

First produced in 1999, Mandrarossa is about to open its own winery as it becomes increasingly focused on single site wines. This is only fitting, as it was conceived after the diverse soils of the vineyards were mapped, enabling the winemakers to focus on what were then ranked their best sites Under the leadership of co-operative president Giuseppe Bursi, consultant winemaker Alberto Antonini has sought to improve viticulture, which in turn has resulted in better wines.

Working with soil specialist Pedro Parra and head winemaker Mimmo De Gregorio, Alberto has selected 500 hectares of vineyard, from 160 growers, for the production of the Mandrarossa wines. These vineyards are situated close to the sea, where intense sunlight, moderating sea breezes, mild temperatures, multiple elevations and a myriad of different soil types combine to give the sort of grapes that Mimmo and Alberto are looking for. Pedro has singled out limestone as the soil with the highest potential for quality wines.

Given the wealth of sites and varieties they have to work with, it isn’t surprising that they have several different styles of wines. The native varieties focus on Sicilian grapes like Nero d’Avola, Grillo, Grecanico and dry Zibibbo, while the international varieties include Syrah, Chardonnay and Fiano, “the foreigner” from across the straits of Messina. The ‘Innovation’ wines are named after different ‘contrade’, small districts within a commune whose wines have shown an individuality that warrants a unique or distinctive blend.

At the top of the hierarchy are the wines made from single sites, 75 hectares from 37 growers that have been selected by Pedro’s vineyard mapping. Their ‘Cartagho’, from a sandy vineyard in the Torrenova ‘contrada’ that is regarded as the best source of Nero d’Avola, is the iconic Mandrarossa wine, having won ‘Tre Bicchieri’ five times in recent years. The Timperosse (made solely from Petit Verdot) has also won ‘Tre Bicchieri. From 2019 two new ‘contrada’ wines have been released: the ‘Bertolino Soprano’ Grillo and the ‘Terre di Sommacco’ Nero D’Avola. Two new interpretations of these classic varietals that highlight and demonstrate the results of site selection in this area.

To allow the grapes from these sites to express their maximum potential, Cantine Settesoli has focussed on minimal intervention in the vineyard. 870 hectares of their vineyards are farmed organically, and their record of environmental awareness is unrivalled in Sicily. They have one of the largest solar energy installations in the Italian winemaking sector, ensuring that the Sicilian sun not only ripens the grapes, but also powers the winery equipment, thereby reducing their carbon dioxide emissions.

Cantine Settesoli is an impressive operation, one of Italy’s outstanding co-operatives, and the Mandrarossa wines are their most impressive contribution to Sicilian wine.