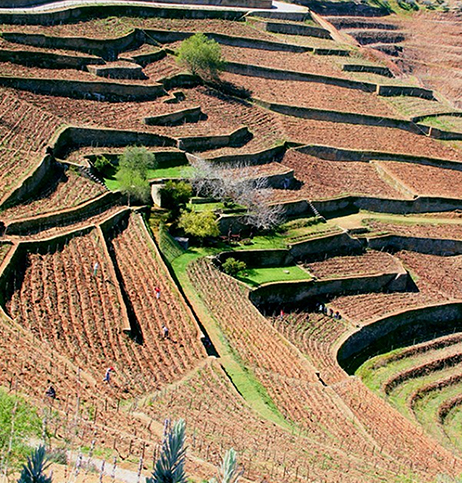 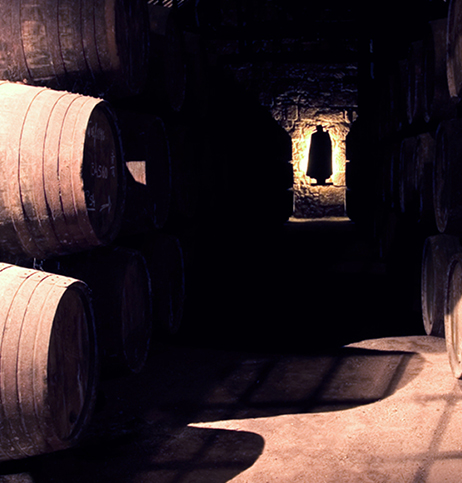 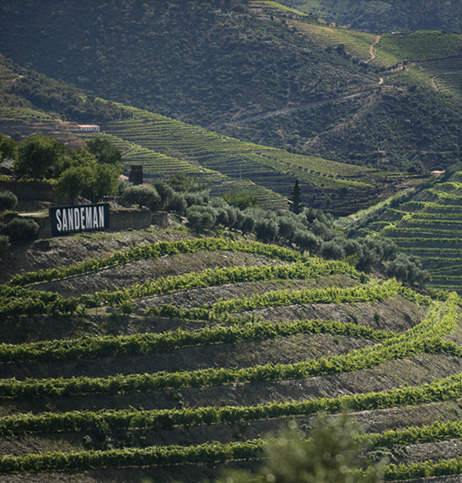 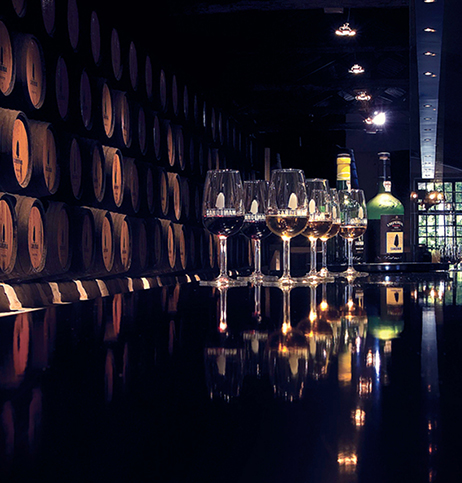 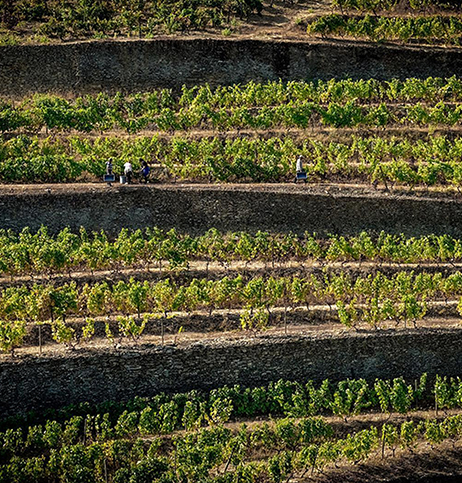 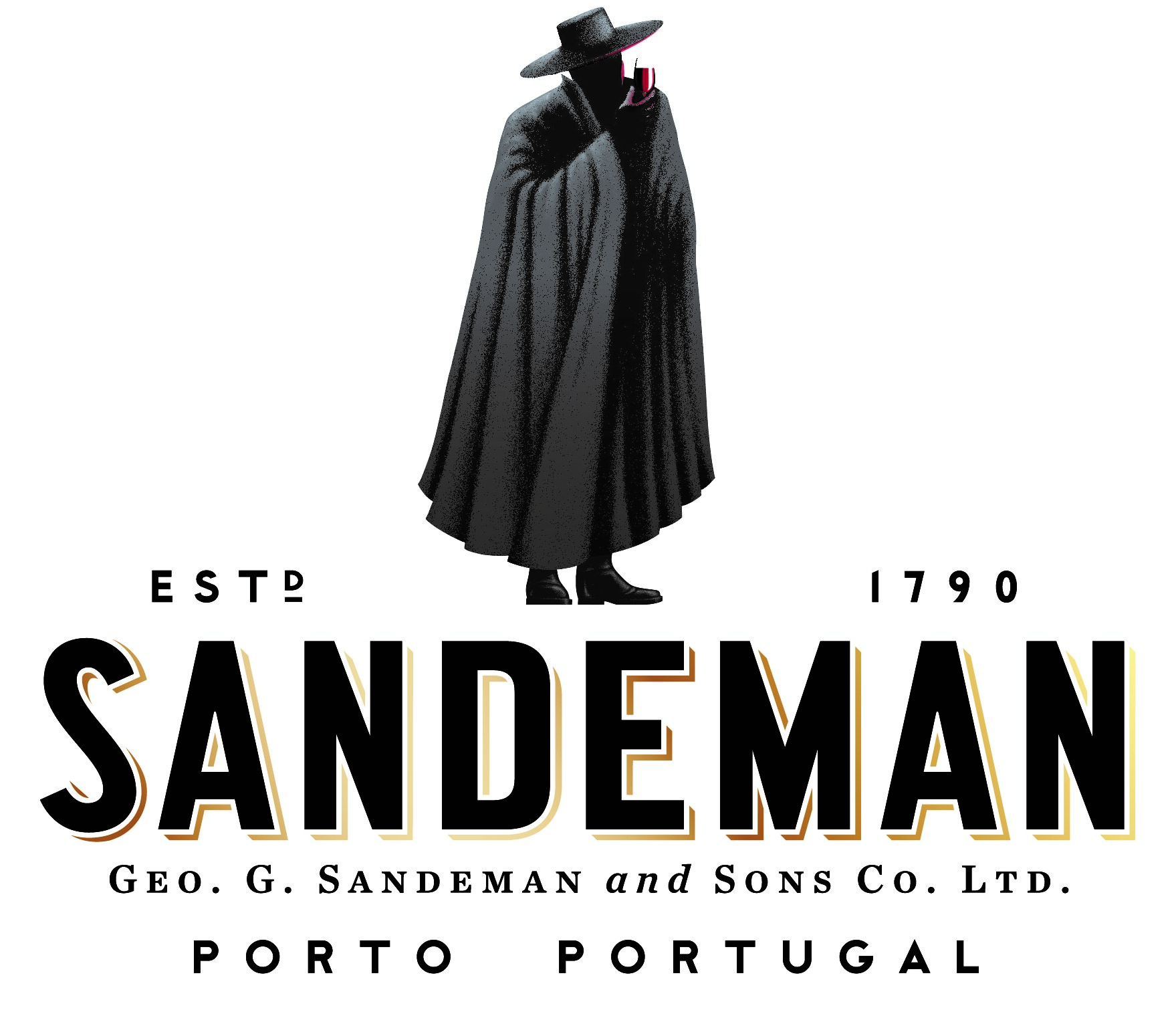 There are few more iconic images in the world of wine than the 'Don', the logo created for the Sandeman family in 1928 by George Massiot Brown. The cape was modelled on the attire worn by students of the University of Porto, while the wide-brimmed hat was a nod to the family's presence in Jerez.

Today, the wines are becoming every bit as famous as the image of the Don. This hasn't always been the case, but since the Guedes family bought Sandeman from Seagram in 2002, the major investment that has taken place in the vineyards and the winemaking has seen them rise to the top of the tree in the Port trade. The production of Port – especially Tawny – requires patience and a long-term vision, something which explains why families like the Guedes and the Symingtons are the major players in the Port business today.

The new Sandeman winery, built in 2007 with significant investment from the Guedes family, is based at the breathtakingly beautiful Quinta do Seixo, situated on the south bank of the Douro in the Cima-Corgo sub-region. The winery is perched on top of a hill that is garlanded by terrace after terrace of vines, some of which are over 100 years old. Quinta do Seixo covers 42 hectares, planted primarily with Tinta Roriz and Touriga Nacional and boasts an A grade classification in the “Cadastro” ranking system of Douro vineyards. The wines reflect this sustained investment and the skill of winemaker Luís Sottomayor, who joined the company in 1989 and took responsibility for winemaking in the Douro in 2003. Gradually and modestly, he has transformed the fortunes of Sandeman and Casa Ferreirinha.

A sign of Sandeman’s ascendancy is the way in which they dealt with the 2017 vintage in the Douro. While Luís Sottomayor felt that 2017 was an excellent year, with wines that were uniformly ripe, rich and well-structured, he didn’t think they had the freshness required for the longevity that is characteristic of a ‘classic’ vintage port. As a result, he selected a small quantity of the best wine produced at Quinta do Seixo and has released it as a single estate wine, with only 9,720 bottles produced. It is the best wine produced by Sandeman in 2017, a result achieved by the way in which the team adapted their viticulture to temper the hot weather. A blend of Touriga Nacional, Touriga Franca and a small portion of Sousão from 100-year-old vines, the wine is plush and opulent yet still fresh and nicely defined.

We judge a house on the quality of its Late Bottled Vintage, a test which Sandeman passes with flying colours. Their 2014 LBV was fermented at Seixo, partly foot-trodden in open lagares and partly in stainless steel. In the spring of 2014, it was shipped to Sandeman's cellars in Vila Nova de Gaia, where it was aged for four years prior to being bottled unfiltered. A blend of Touriga Franca, Tinta Roriz and Touriga Nacional, it is one of the best LBVs on the market. While ready to drink now, it will also age well for at least another five years.

In Portugal, a Port house is judged on its Tawny Ports, an area in which Sandeman excels, largely because it has always held some of the highest levels of stock of aged Ports of any of the major houses. All are fermented in the Douro and then transported to Vila Nova de Gaia in the spring following the harvest. They are aged in the cellars' serried ranks of old oak casks. The 10 Year Old Tawny has lovely freshness and a hint of nuts and liquorice on the nose that gives way to rich, mellow fruit on the palate. The 20 Year Old is more garnet in colour, with greater complexity and rich, supple fruit on the palate, finishing dry. It is wonderful for sipping, with cheese, chocolate or on its own. Moving up the scale towards ever greater complexity, the 30 Year Old is more amber, the intensity remarkable and its sprightliness amazing given how long it has spent ageing in Sandeman's cellars. As proven by the many trophies and ‘best in show’ awards that it has been garlanded with over the years, the 40 Year Old is the pinnacle of premium Tawny Port, with absolutely staggering complexity and length. All of the Tawny Ports are best served chilled, between 12 and 16˚C, in proper wine glasses – the Riedel Sangiovese glass is ideal.