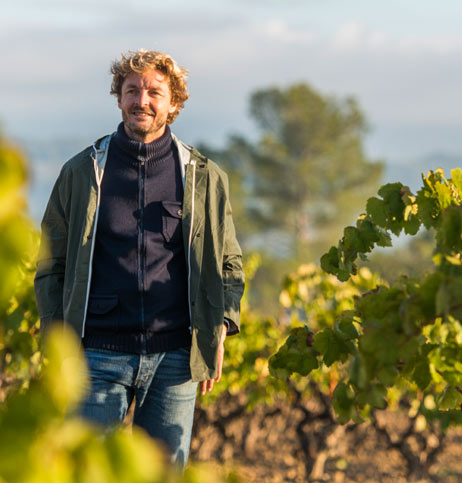 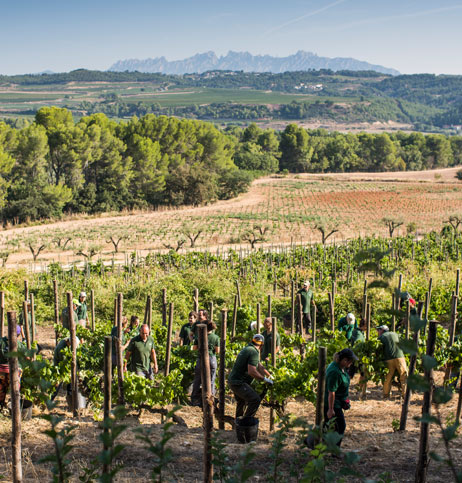 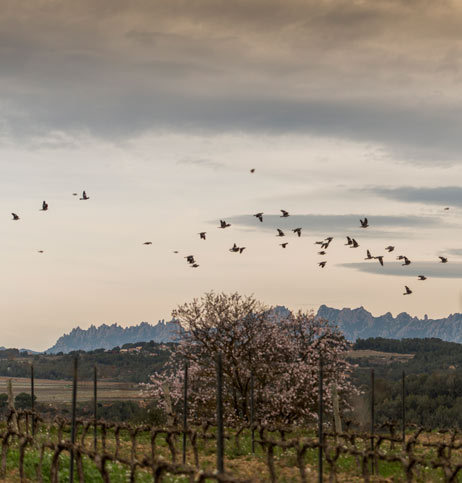 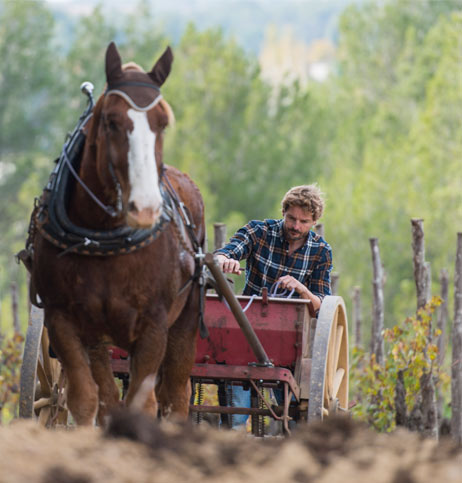 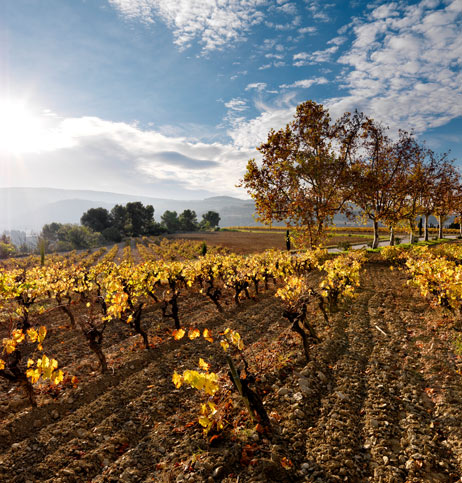 Raventós i Blanc is owned by one of Spain’s historic winemaking families with a viticultural tradition dating back to 1497. Josep Raventós Fatjó produced Spain’s first traditional method sparkling wine in 1872 from estate-grown Xarel-lo and his descendant, Josep Maria Raventós i Blanc, became a key figure in Spanish wine.

Following the civil war and years of dictatorship, Josep Maria worked tirelessly to grow the family-owned Codorníu and promote the region’s sparkling wines. He eventually helped establish Cava as a Denominación de Origen. In 1986, the energetic Josep Maria sold his share of Codorníu to make high-quality wines from the family’s original vineyards around Sant Sadurní d’Anoia.

Today, Raventós i Blanc is run by Pepe Raventós, who previously worked with Hubert Lamy in Burgundy, Gaston Chiquet in Champagne and Didier Dagueneau in Pouilly-Fumé, and has inherited his grandfather’s spirit and vision. Believing Raventós i Blanc should “convey our viticultural traditions, the strength of our land and the characteristics of our soils”, Pepe withdrew from the Cava DO in 2012, to focus on their distinctive Conca del Riu Anoia region in Alt Penedès.

Raventós i Blanc’s 50 hectares of vines are nestled among picturesque woodland and divided into 44 plots, according to soil and microclimate, within seven larger areas: Clos del Serra, La Vinya Més Alta, Costers del Serral-Vinya dels Fòssils, Les Barberes-Oliveres, El Llac, La Plana and Travesseres-Gran. The climate is Mediterranean. The estate, atop limestone soils replete with marine fossils, is protected by three mountain ranges: Sierra Litoral to the east, Montserrat to the north and Sierra d‘en Compte to the west.

Pepe believes in polyculture and biodiversity, and the family’s land is home to many crops and animals. Biodynamic principles are employed alongside traditional Catalan farming practices, such as horse ploughing. “I believe that to express origin, you really need to bring a lot of life into your farm,” says Pepe.

Raventós i Blanc’s wines are vintage dated and made from 100% indigenous, estate-grown varieties. The wines undergo a minimum of 18 months ageing on lees in stainless steel tanks. Their Blanc de Blancs is a traditional blend of Macabeo, Xarel-lo, Parellada and Malvasia de Sitges. It is a gentle, citrus and mineral-inflected wine with soft Mediterranean herbs, superb freshness and a persistent finish. De Nit blends local white grapes with Monastrell, resulting in a lovely pale sparkling rosé. Both wines are extra brut and produced from younger vines. ‘De la Finca’ is limited production and produced from the Vinya dels Fòssils site. This zero-dosage wine benefits from 36 months on lees and is complex and saline with delicate lemon and fennel accents. Textures de Pedra is a blanc de noirs from Vinya Més Alta, the estate’s highest plot. It blends pale-skinned Xarel-lo-Vermell with Sumoll and Bastard Negre and spends 48 months on lees. With zero dosage, its intense, layered palate of fig, walnut and acacia honey shines through. The 1.92 hectare Clos de Serral, boasts the estate’s oldest Xarel-lo vines, planted on fossil-rich Mycenaean soils, and produces an exceptional single-site wine. The 2009 was aged 100 months in magnum prior to disgorgement and displays immense energy, with aromas of orange peel and a trademark saline edge. It attained an impressive 99 points in Decanter, described by Pedro Ballesteros Torres MW as a “masterwork”.