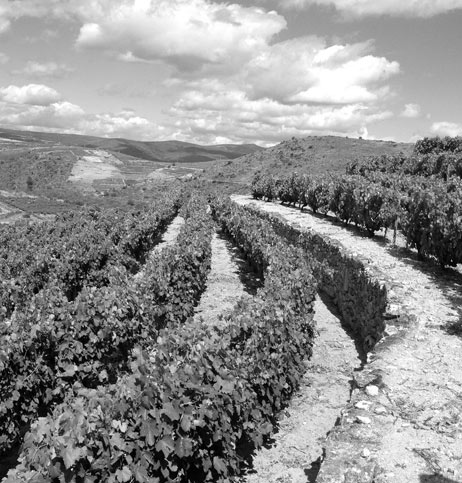 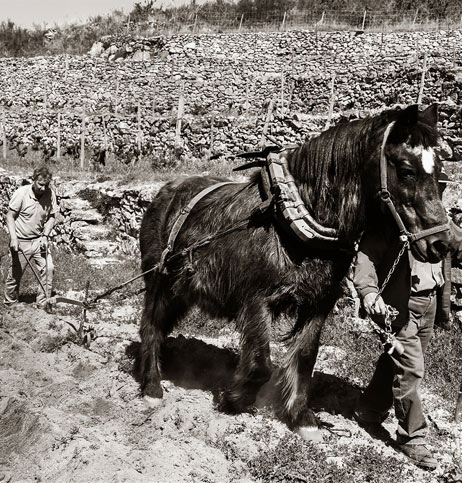 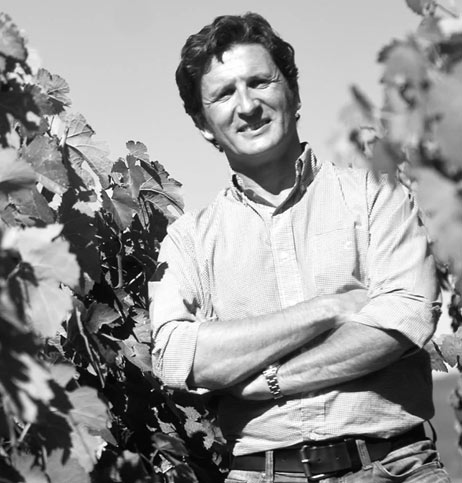 Since starting his own winery in 2004, Rafael Palacios has fast become one of Spain’s pre-eminent producers of white wine. His 32 parcels of Godello, which are spread over 19.5 hectares in the Val do Bibei in Valdeorras, Galicia, produce some of Spain’s most interesting white wines. The vines cohabit with the rocks and stones that define the landscape. Sandy soils, derived from decomposed granite, limit vine vigour and the high altitudes (from 580 to 720 metres above sea level) ensure marked diurnal variation and a long growing season.

The hills are so steep that most of the vineyards are planted on terraces buttressed by stones. Rafa’s viticulture is sensitive to the fragile nature of these old terraces, and he has adapted his approach to ensure these magnificent structures are preserved. His viticulture is low-intervention, with some of the older plots (or ‘sortes’ in Galician) being farmed biodynamically.

The ‘Louro do Bolo’ is made from small parcels of Godello with an average age of 25 years, grown at over 600 metres above sea level. The must is fermented in 35 hectolitre French oak foudres, after which the wine is aged on lees for four months before bottling. The wine has a lovely flinty character on the nose that gives way to a fresh note of wild mountain flowers. On the palate, it has a taut, saline fruit with a gorgeous textural complexity.

The ‘As Sortes’ is made from Rafa’s oldest vineyards, planted at an altitude of over 680 metres above sea level. The vines have an average age of over 40 years old and were planted with a selection of cuttings from the oldest vines in the region. These were taken during the recovery plan in the late 1970s – a successful attempt to revive and retain what were then varieties at risk of extinction. Fermented in 500 litre oak barrels, the wine is aged for eight months prior to bottling. The wine is tight and youthful with lovely richness on the palate. The acid is punchy and clean and gives the wine an amazing vibrancy and length of flavour.

The ‘Sorte O Soro’ is produced from a single vineyard, planted in 1978. Situated at 710 metres above sea level on the northern side of the Bibei Valley, the site is experiences cooling breezes. This, combined with the site’s unique, low vigour clone, produces a wine which expertly balances revitalising freshness with powerful concentration. Described by Luis Gutiérrez as “among the best white wines ever produced in Spain. This is the stuff that dreams are made of.”

The ‘Sorte Antiga’ is sourced from a plot of ungrafted bush vine Godello, planted in 1920 on shallow, decomposed granite soils. The old vines produce very low yields and small bunches, resulting in intense aromatics. Fermented on skins in open oak vats, the wine is aged for 10 months in used barrels. It is textural and complex, with exceptional personality and impressive length. Production of ‘Sorte O Soro’ and ‘Sorte Antigua’ is very limited and volumes are on allocation.