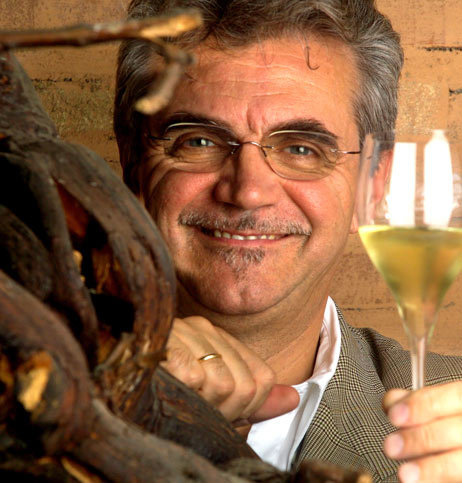 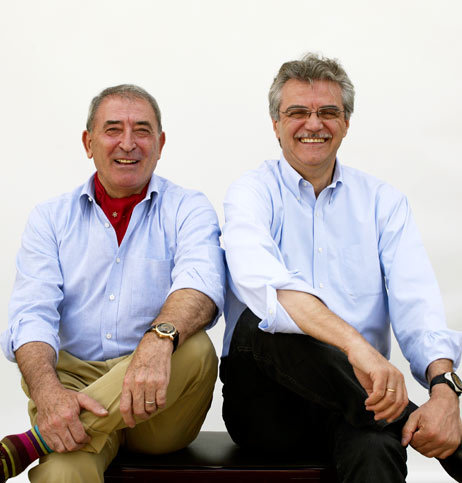 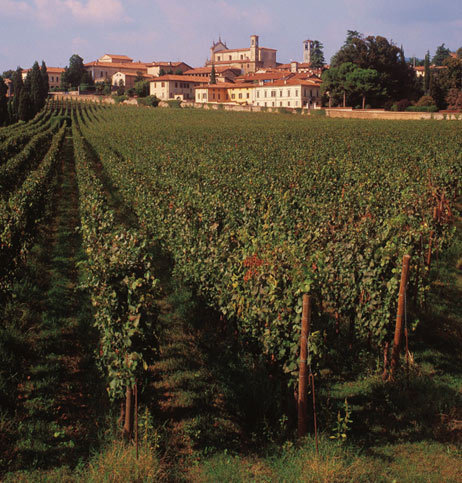 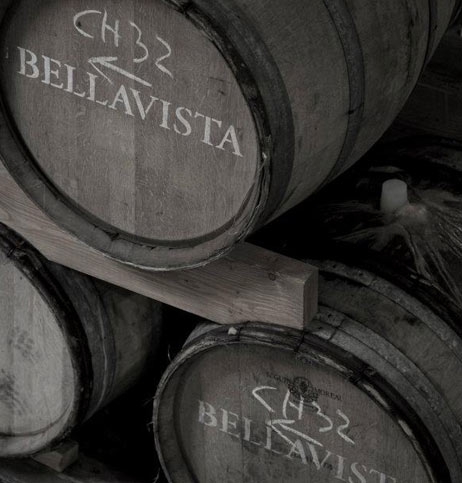 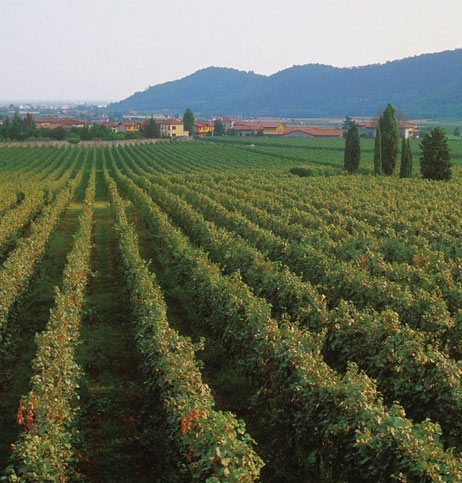 This estate makes Italy’s finest sparkling wines from its 200 hectares of vineyard situated in a natural amphitheatre in the western part of the Franciacorta zone. The glacial soil is full of stones and provides the ideal environment for the Pinot Noir and Chardonnay grapes used in the production of their Franciacorta.

The property was founded when Vittorio Moretti bought the hill called ‘Bellavista’, because of its stunning view, in the early 1970s. His grandfather had farmed in Franciacorta, where Moretti was born and, after making his money in construction, he returned to buy this superb site. His first vintage, 1979, was made with the idea of having his own wine to drink with friends. In 1981, however, he met a young winemaker called Mattia Vezzola and they formed a partnership that has transformed Bellavista into Italy’s leading producer of quality sparkling wine. They have an approach to production that is astonishing in the way that it cuts no corners. Having gone to all this effort, Moretti wanted to ensure the bottle looked good, so he had his own design produced by the Murano glass factory in Venice. It is a work of art.

The wines stand out for their finesse and elegance, making a second glass irresistible! Founder Vittorio Moretti often refers to the wines’ digestibility, hence making them ideal food wines, or perfect simply as an apéritif or digestif. The ‘Alma’ Grand Cuvée Brut spends at least 40 months on the lees before disgorgement. The ‘Vittorio Moretti’ Extra Brut undergoes an even longer lees ageing and includes 35% of oak-aged reserve wines in the blend. In addition to the sparkling range, Bellavista also produces two single vineyard still wines from Chardonnay: ‘Vigna Uccellanda’ and ‘Convento Vigna SS. Annunciata’, both Curtefranca Bianco DOC.