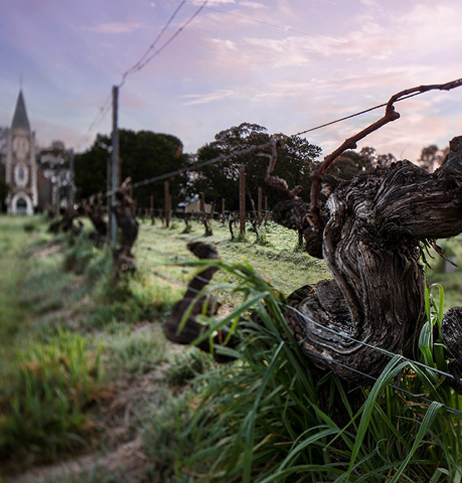 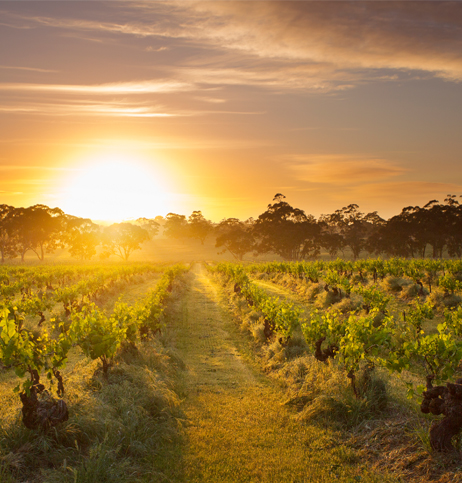 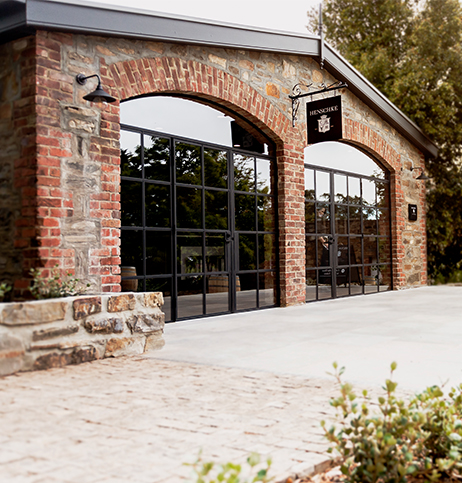 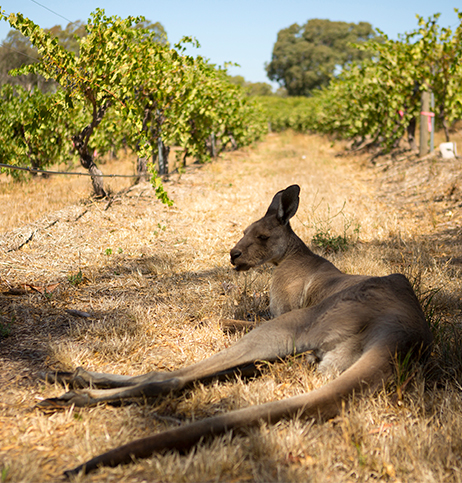 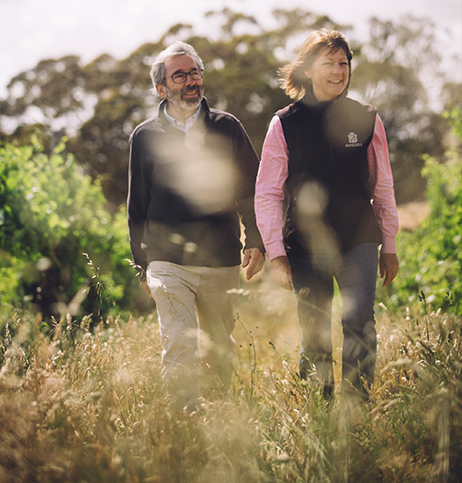 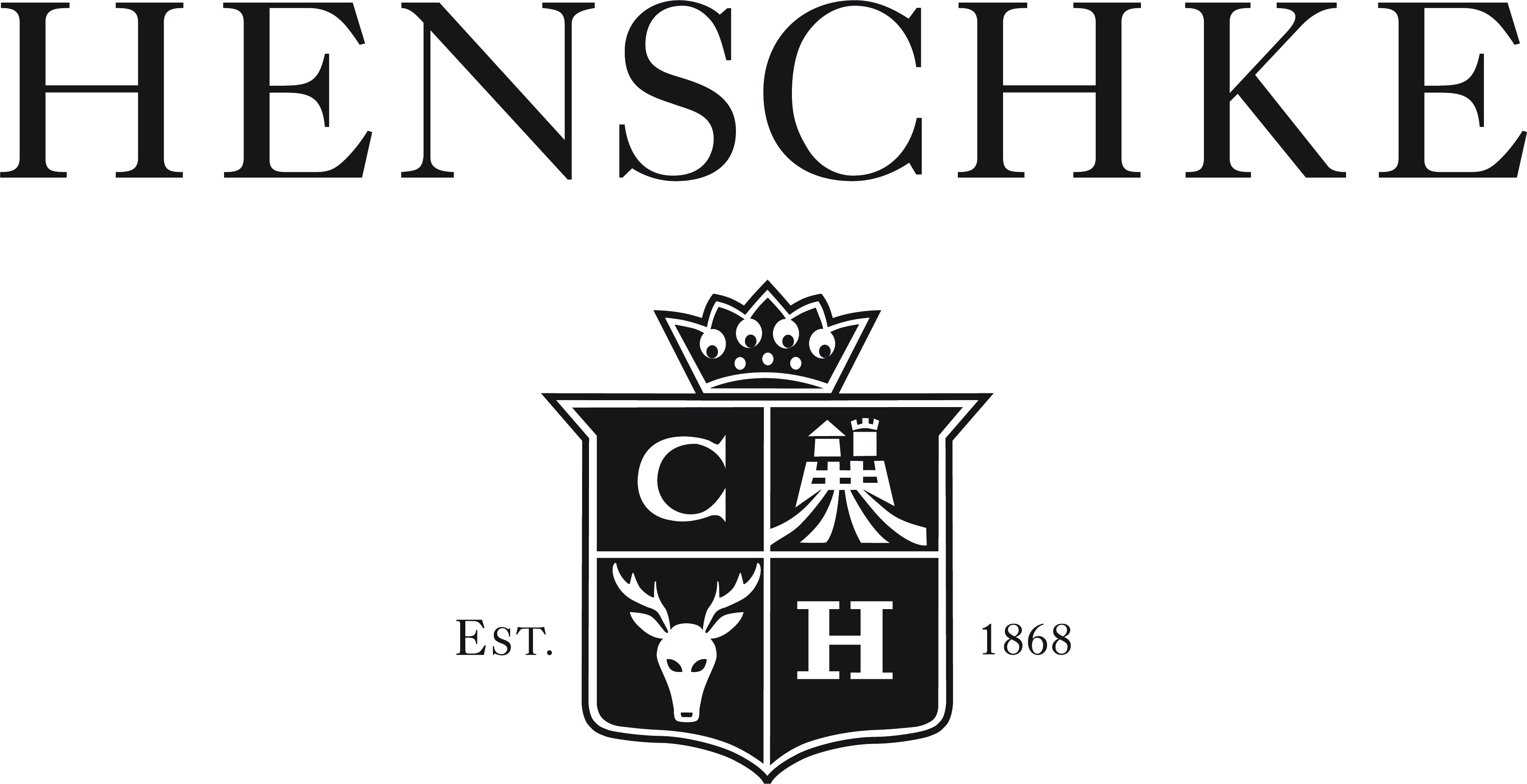 The Henschke family have been making wine at their estate in the Eden Valley since 1868. Fifth-generation winemaker Stephen Henschke took over running the winery in 1979. Together with his viticulturist wife, Prue, they have taken their two single vineyards, Hill of Grace and Mount Edelstone, and transformed them into two of Australia’s most sought-after wines. Through a combination of great viticulture from Prue, named ‘Outstanding Viticulturalist 2020’, who is at the forefront of re-introducing native plants into their vineyards to improve biodiversity, and winemaking from Stephen, they have built upon their inheritance and turned this traditional producer into one that is celebrated all around the world.

The original 1860s grain barn at the family property in Keyneton, built from field stone and mud by first-generation winemaker Johann Christian Henschke, now houses the Henschke cellar door. The winery occupies the original wool shed, which was built next to the grain barn in 1952.

Henschke own three vineyards in the Eden Valley and one in the Adelaide Hills, all of which are farmed in line with biodynamic principles. The eight hectare Hill of Grace vineyard is situated in the historic village of Parrot Hill, four kilometres northwest of Henschke Cellars. First planted in 1860, it was purchased by second-generation Paul Gotthard Henschke in 1891, but it was not until 1958 that fourth-generation winemaker Cyril Henschke made the first single-vineyard Shiraz bottling from the grapes grown here. Cyril purchased the nearby 16 hectare Mount Edelstone vineyard in 1974, although he’d been buying fruit from the owner and making Mount Edelstone Shiraz for over 20 years. The Mount Edelstone 2016 represents the 64th release of this unique wine, making it Australia’s longest consecutively made single-vineyard Shiraz.

In 1966, Cyril purchased 32 hectares of land on Cranes Range Road, two kilometres west of Henschke Cellars. Here he planted the Henschke Eden Valley vineyard, predominantly to Riesling and Shiraz, although other varieties, including Semillon, were added over the years. Today, the Riesling is the source of the ‘Julius’ Eden Valley Riesling and the Semillon goes into the ‘Louis’ Eden Valley Semillon. The Shiraz is blended with Cabernet Sauvignon, Merlot and Cabernet Franc to make ‘Keyneton Euphonium’, which Jancis Robinson describes as “an Australian classic at a less than iconic price.” Cyril bottled his first Cabernet Sauvignon from this vineyard in 1976. This cool, elegant wine was named after Cyril as a tribute when he passed away in 1979. ‘Peggy’s Hill’ Riesling takes its name from a local landmark at the top of the range between the villages of Eden Valley and Keyneton. It is produced from selected Eden Valley growers, with whom the Henschke family have had a long association, and whose vines are up to 50 years old.

Stephen and Prue realised the exciting potential of the higher altitude Adelaide Hills region in 1981, and purchased a 13 hectare site in Lenswood, covered in orchards, with beautiful steep slopes and stunning views towards the Eden Valley. They originally established a vineyard here for research and development purposes, to influence the quality of the fruit from the older Henschke vineyards. Various clones of many varieties were planted, including Riesling, Sauvignon Blanc, Pinot Noir and Cabernet Sauvignon. The single-vineyard ‘Giles’ Pinot Noir has become more intense and complex as the vines have reached maturity and are producing fruit of outstanding quality. The fine and precise Croft Chardonnay also comes from Lenswood. It is matured in 18% new French barriques for 10 months and offers an elegant and characterful expression of Adelaide Hills Chardonnay.

With a wealth of very old, low-yielding vines in the Eden Valley and award-winning viticulture and winemaking, we are honoured to have Henschke’s world-class wines in our portfolio.