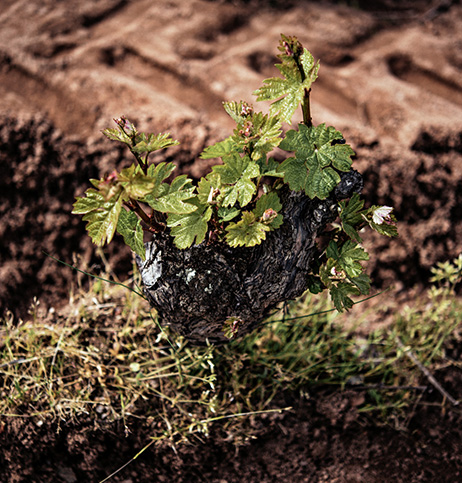 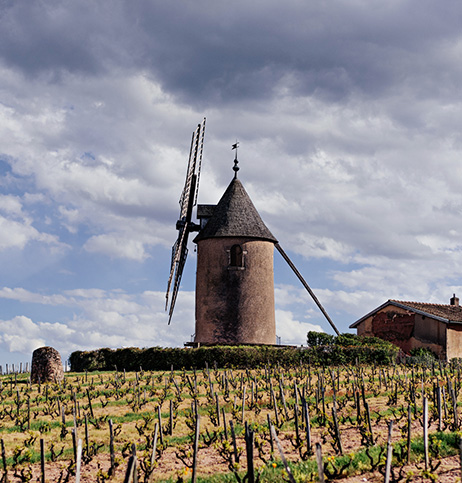 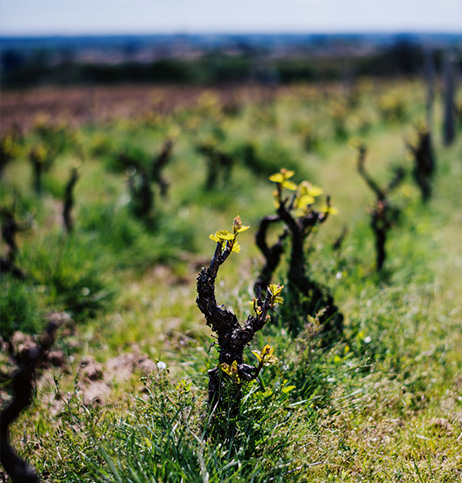 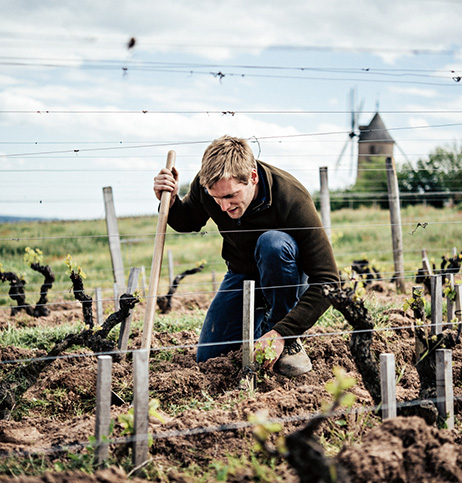 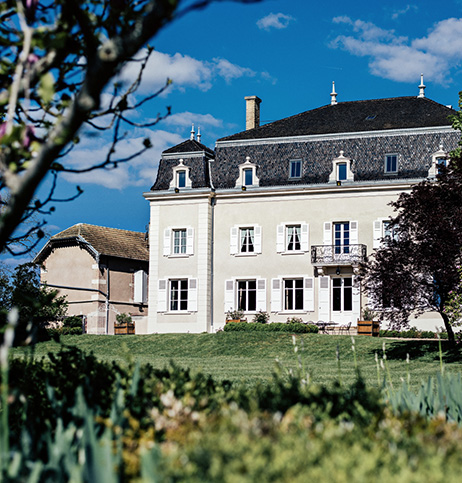 The earliest writings referring to the site known today as Château du Moulin-à-Vent date back to 1732, when it was known as Château des Thorins. The property was purchased in 2009 by Jean-Jacques Parinet who invested heavily to revive the estate, with the aim of making the best Moulin-à-Vent. Jean-Jacques began by replanting 70,000 vines, moving to sustainable viticulture and investing in new French oak barrels.

Here, Gamay is given the royal treatment and the resulting wines will develop and improve beautifully over time in the bottle. The wines are fermented in stainless-steel tanks and then aged in French oak with sizes ranging from 228 litres, 350 litres to 500 litres, depending on the wine. The Moulin-à-Vent is a blend of their five top sites: Moulin-à-Vent, ‘La Rochelle’, ‘La Roche’, ‘Les Thorins’ and ‘Les Caves‘. The Château is gradually reducing its use of new oak, to allow the purity of fruit to shine through. As such, the 2016 is aged 80% in stainless-steel tanks and 20% in used oak barrels. It is round and balanced, with structure and lift from 40% whole cluster fermentation. The ‘Champ de Cour’ is aged for 14 months in 10% new French oak barrels. The granite soils, 220 metres altitude and windy conditions give an elegant freshness to the wine. Whole cluster fermentation is not used here because the stems struggle to ripen. ‘La Rochelle’, arguably the top single vineyard in Moulin-à-Vent, sits at 280 metres in altitude, with vines that are over 80 years old. The low-yielding vines create intensely concentrated wines that need time to blossom. The wine is aged in 228 and 350 litre French oak barrels, 65% of which are new. The 2016 ‘La Rochelle’ was named one of Decanter’s wines of the year in 2020.