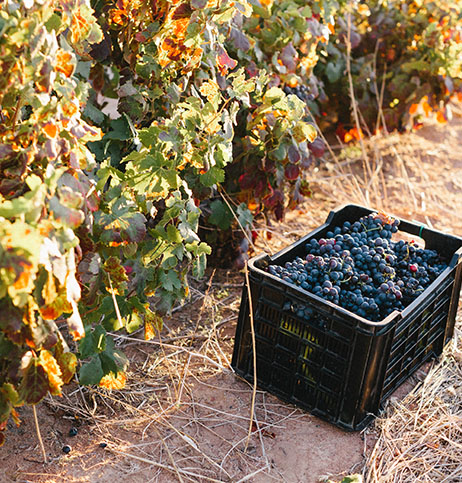 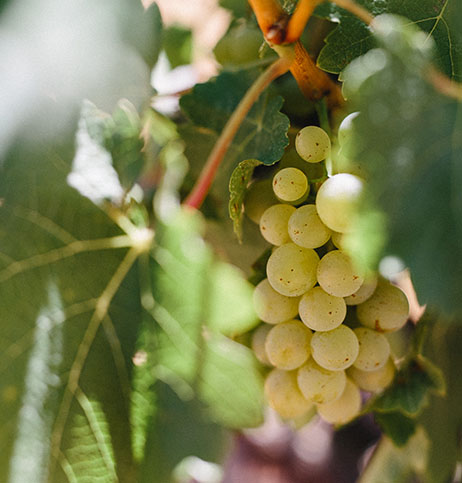 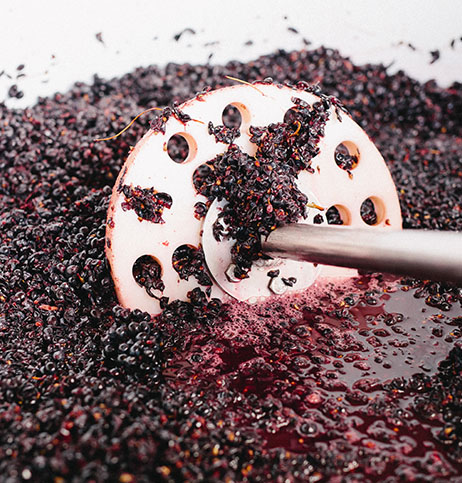 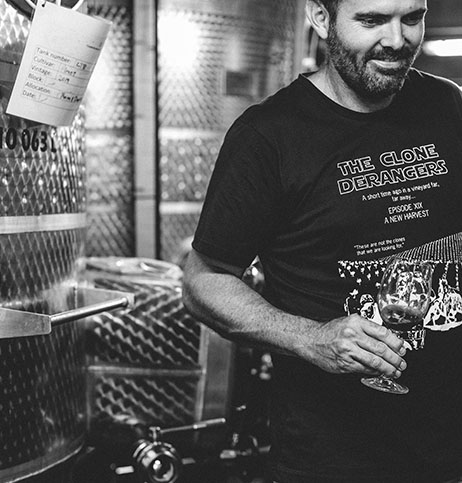 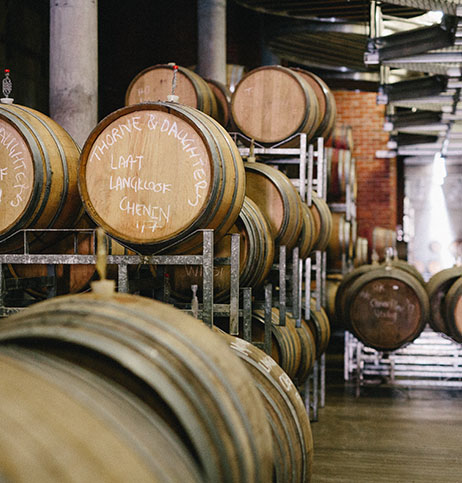 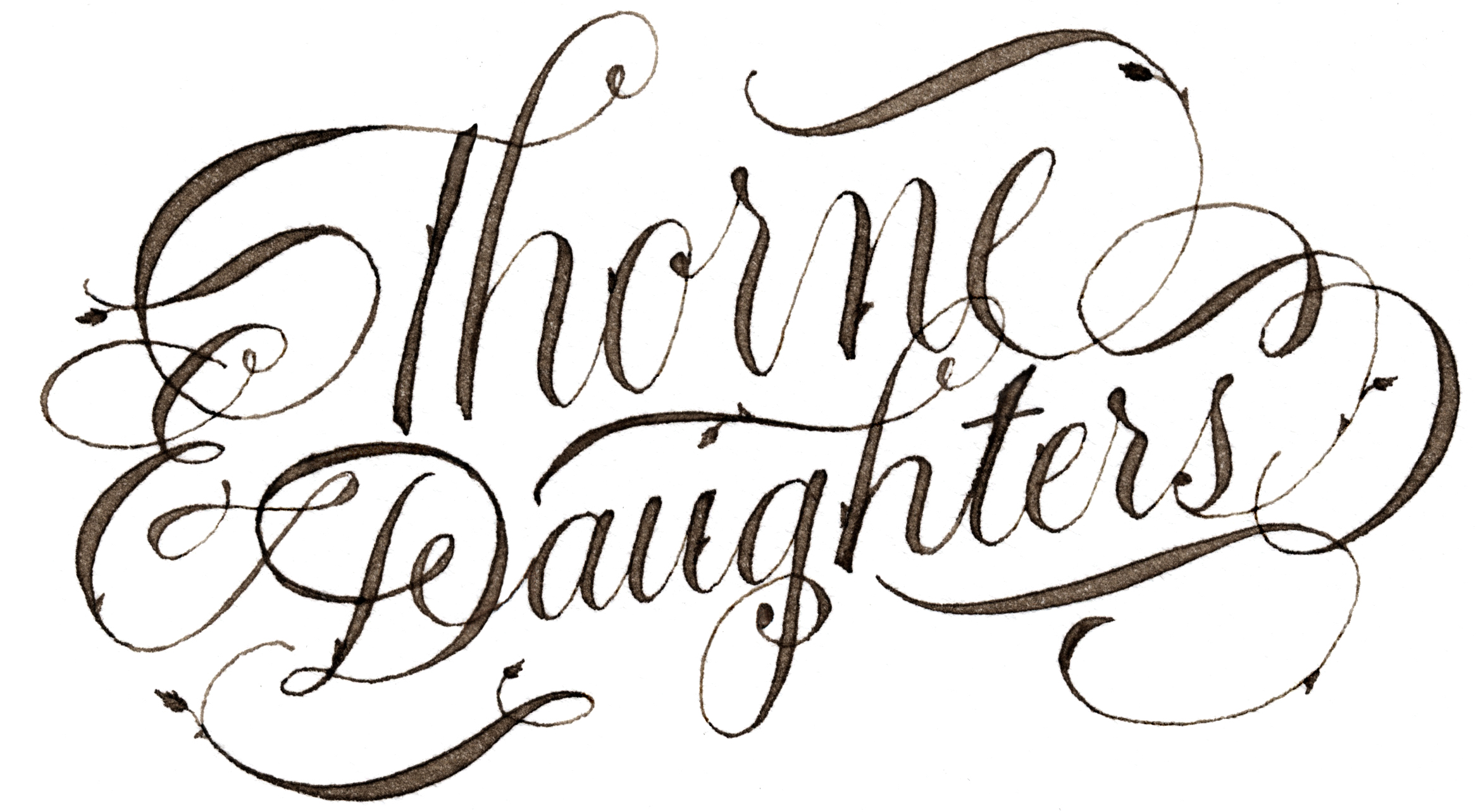 Thorne & Daughters is widely acknowledged as one of the forerunners of the ‘New Wave’ wine movement in South Africa. Since 2013, John and Tasha Thorne-Seccombe have been producing innovative wines sourced from selected growers across the Western Cape. In the early 2000s, winemaking took the couple around the world, and they spent a few years in the UK, where John studied viticulture at Plumpton College while working part-time at Majestic Wines and Ridgeview. Among his early achievements on an expansive CV, John’s keen eye for vineyard design led him to establish the first vineyards at Steven Spurrier’s Bride Valley in Dorset.

Back in South Africa, a happy encounter with two similarly trailblazing young winemakers, Chris Alheit and Peter-Allan Finlayson, helped to lay the foundations for the first vintage of Thorne & Daughters. John and Tasha shared a small cellar with Chris and Peter-Allan until they later moved to rented cellar space at Gabriëlskloof, where the wines are made today.

Thorne & Daughters is mainly focused on producing Cape white blends, from grapes sourced from 15 different growers in Bot River, Stellenbosch, Voor Paardeberg, Swartland, Citrusdal, Franschhoek and Overberg. Fruit sourcing has relied on knocking on doors and a network of close winemaking friends to gather the various parcels with which they work. John and Tasha did not want to be limited geographically, so the net was cast wide and has been driven by “a happy synergy of people, place, soil and vines”. As John puts it, he aims to look for vineyards which combine these four elements and then seeks to do the vineyard justice in the cellar. Each relationship is unique but, where possible, they apply the ‘lutte raisonnée’ approach to farming, working closely with growers to help eradicate the use of chemical herbicides and fungicides, and to build “thriving” soil health.

John and Tasha’s approach to vinification is relatively simple. For the white wines, they generally work with no additions of any sort to the must. The wines are fermented using indigenous yeasts in old French oak barrels, ranging in size from 225 to 600 litres, where they remain during malolactic fermentation. The white wines tend to stay on their lees until blending, which takes place in the November following the harvest. The same minimal intervention philosophy applies to their red wines, where they aim for gentle extraction. The inclusion of stems and whole clusters helps to support the structure of the reds, thereby avoiding the need for new oak.

Thorne & Daughters’ principal wine is ‘Rocking Horse’; a blend of Semillon, Chardonnay, Chenin Blanc, Clairette and Roussanne sourced from a number of parcels around the Western Cape. It is deep gold in colour with aromas of yellow plum, kumquat and bay leaf with saline undertones. It is a broad and supple wine that finishes with a clean line of acidity. The ‘Tin Soldier’ comes from a single parcel on the Paardeberg mountain in Swartland, which is believed to be the only 100% Semillon Gris vineyard in South Africa. The wine is deep auburn in colour, due to its partial fermentation on skins, and displays peppery, herbal notes with an underlying peach and lanolin character. ‘Cat’s Cradle’ is sourced from a single parcel of old bush-vine Chenin Blanc in Paardeberg and displays a bright, expressive Chenin character, replete with spiced apple, white peach and frangipane on a full, concentrated palate. ‘Paper Kite’ is 100% Semillon Blanc, sourced from old bush vines on the Paardeberg mountain, and boasts aromas of soft oatmeal, almond and green fig. ‘Snakes & Ladders’ hails from a Sauvignon Blanc vineyard planted in 1985 in the Skurfberg mountains on the Cape’s west coast. This unusual Sauvignon Blanc displays subtle herbal tea inflections, green melon and a flinty, earthy smokiness. The palate is bold with a bracing acidity, which is tempered by the wine’s rich texture. Fruit for the‘Copper Pot’ Pinot Noir is sourced from numerous sites in the Overberg region. This area is destined to become a new ward called “Shaw's Mountain”. The sites’ cool growing conditions produce a wine with juicy acidity, fine tannins and lifted aromas of pomegranate, hibiscus and redcurrant. The ‘Wanderer’s Heart’ is Thorne & Daughters’ Cape red blend. Grenache Noir, Cinsault, Grenache Gris, Mourvèdre and Syrah combine to create a layered wine with a brilliant lightness of touch, displaying cool-fruit and bright red berry perfumes.