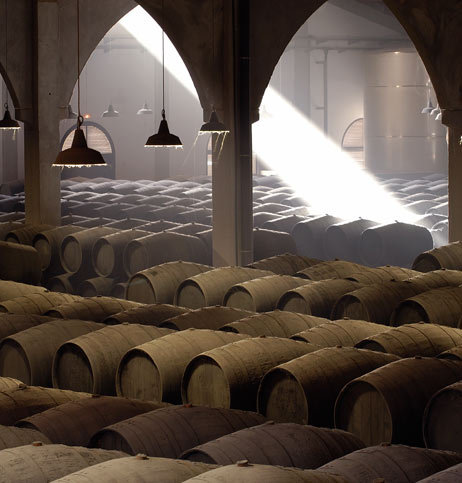 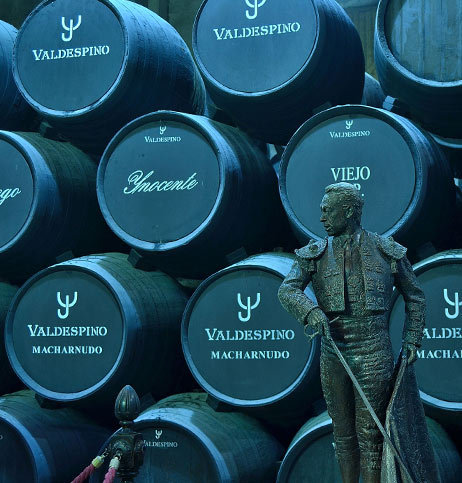 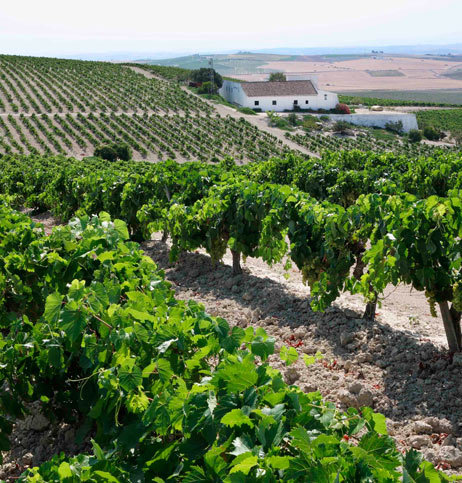 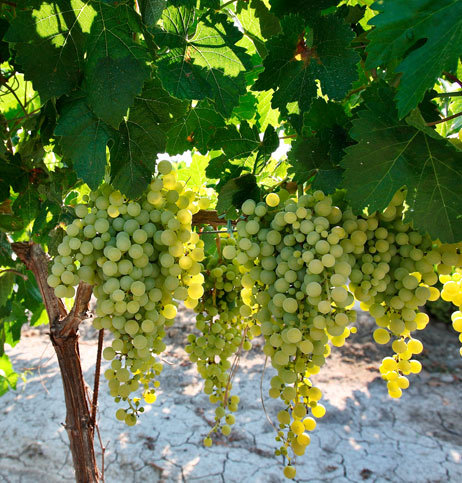 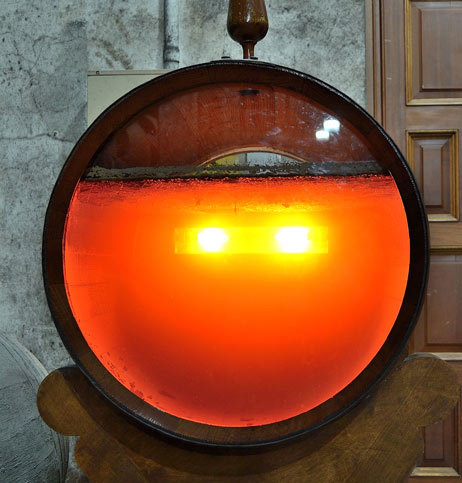 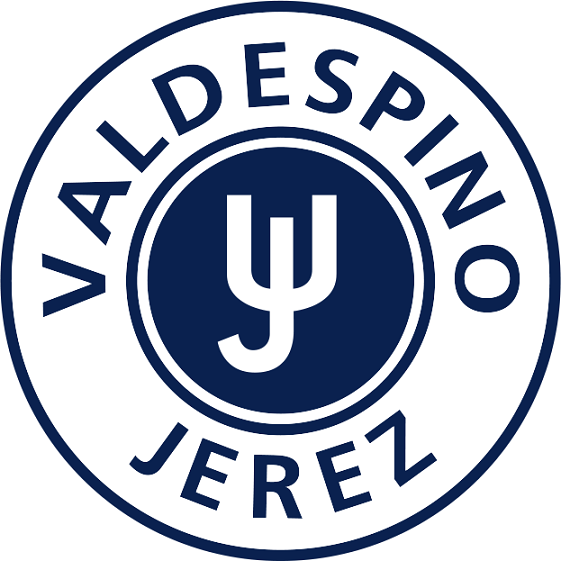 Valdespino is one of the oldest bodegas in Jerez, with a history of Sherry production going back six centuries. Back in 1264, Alfonso Valdespino was one of 24 knights who fought against the Arabs for the city of Jerez with King Alfonso X. As a reward for his efforts he was given land that formed the basis of the bodega. Today Valdespino belongs to the Estevez family, who purchased the bodega in 1999.

They own 750 hectares of their own vineyards in Jerez, which is extremely rare in this region and allows them close control over grape quality. They are the only bodega to make single vineyard Sherries and are also renowned for their VOS (Very Old Sherry) with over 20 years of ageing and VORS (Very Old Rare Sherry) with over 30 years of ageing. The Oloroso Solera 1842 VOS, for example, is produced from a solera that was established in the mid-19th century.

The Fino ‘Inocente’ is one of their single-vineyard Sherries made from grapes grown in their Marcharnudo Alto plot. It is also the only Fino Sherry that is fermented in oak barrels and boasts a solera system with ten ‘criaderas’, while most Fino Sherries have only three. The Macharnudo vineyard is so admired for the quality of its fruit, that Valdespino decided to make a still wine, ‘Viña Macharnudo Alto’ Palomino. This wine is made from grapes from the highest point of the vineyard which benefits from both the cooling influence of the Poniente wind and optimum sun exposure. Fermented in sherry barrels, it displays a delicate white stone-fruit character supported by soft brioche notes.

The Manzanilla ‘Deliciosa’ is sourced from the Miraflores vineyard in Sanlúcar de Barrameda. On the palate it is very dry but crisp and fresh, with a slightly saline finish. Valdespino’s Manzanilla ‘Deliciosa’ En Rama, is a special selection from the same vineyard. The En Rama is bottled unfiltered and displays wonderful intensity and rich concentrated notes of yeast and almonds.

The ‘single Cask’ Palo Cortado is unique. It is made from grapes grown in the Macharnudo vineyard, all of which are from a single vintage, and rather than ageing in a solera system of many barrels, it is aged in just one barrel. This unique Palo Cortado boasts a myriad of flavours: dried fruits, orange zest, hazelnuts and figs. It is everything that we love about Valdespino Sherries in a single glass and truly is something special.

Valdespino also boast two premium spirits in their range: the ‘solera Gran Reserva’ Brandy de Jerez and the ‘Ron Viejo’ rum. The firm began importing and solera ageing rare distillates in the 1900s and many of these stayed tucked away in a corner of the bodega until 1999 when the Estevez family acquired the firm and these treasures were rediscovered. Over decades, the rum solera has been topped up with selected Panama (70%) and Dominican Republic (30%) rums. On the nose it beautifully blends complex notes of caramel, spice, sherry and citrus. The Brandy de Jerez is a blend of the finest ‘holandas’ distillates and is aged in the solera system for over 25 years. It is warm and complex on the palate with hints of candied orange, oak, honey and hazelnuts, with a very long finish.